But Auscavitch said that more research is needed to determine if this is the first Solumbellula monocephalus in the Pacific or if it could be a new species in the ocean basin.

He said, “Findings like this are rare, and we never expected to see something like this. The most exciting part of this research is that we come across these things from time to time, and it really does expand our horizon about where animals can live and exist in the deep sea.” 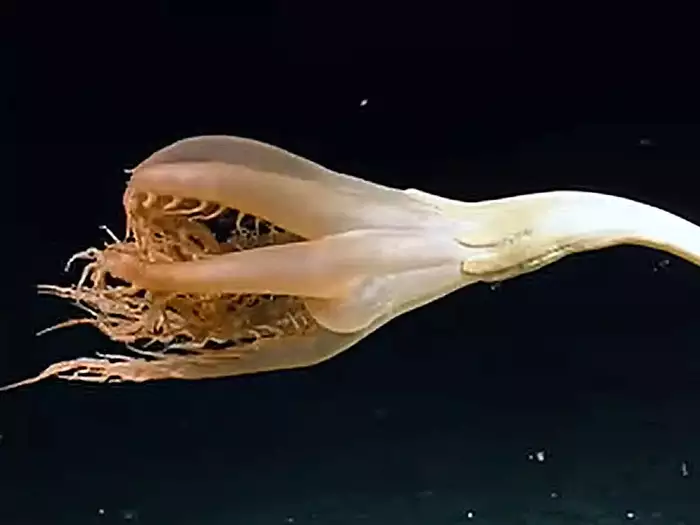 2 What are sea pens?

Sea pens are graceful creatures living on the sea floors. They are called sea pens because their appearance and shape resemble a plump, old-fashioned quill pen. These creatures come in a variety of colors ranging from dark orange to yellow to white.

Each sea pen is a colony of polyps (small anemone-like individuals) that work together to ensure the survival of the entire colony. The primary polyp sheds its tentacles and transforms into the stalk of the sea pen, with a bulb at its base that anchors the sea pen to the muddy or sandy bottom. Secondary polyps form the sea pen’s “branches” and perform specialized functions. Some polyps feed by capturing plankton with nematocysts; others reproduce, and others force water into and out of canals that ventilate the colony. 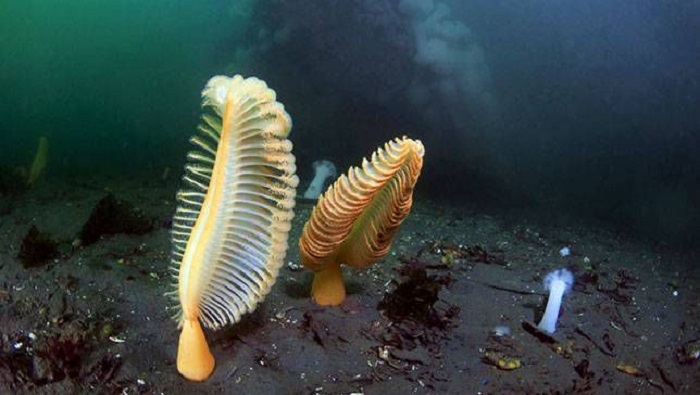 Sea pens are preyed upon by the red star, the leather star, and three types of nudibranchs. When disturbed, a sea pen forces water out of the colony, allowing it to retreat into its bulbous foot. Sea pens are octocorals, with eight tentacles on each polyp. When stimulated, sea pens emit a bright greenish light.

Watch the video and see for yourself how bizarre this recently discovered creature is.