Expedition scientists had their minds blown after seeing a bizarre sea creature with long tentacles. The exciting discovery of rarely seen species was made at the bottom of the ocean where some of the most elusive marine life dwell. This proves that many undiscovered deep-sea creatures are still lurking around in the oceans. But thanks to advanced technology, researchers can now capture some of them on camera. So, what have scientists come to know from their latest find?

10 Scientists of the Ocean Exploration Trust, NOAA, took a video of a sea pen in the Pacific Ocean

After viewing a new footage of a giant, strange-looking sea creature with tentacles floating slowly in the depths of the Pacific Ocean, researchers weren’t sure if what they saw was a new species. They weren’t sure whether they had just spotted a rare creature or something undocumented and could potentially be a new species. 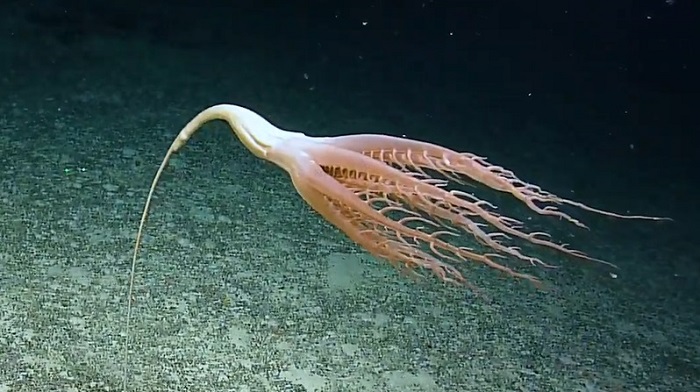 9 An ROV from the E/V Nautilus recorded the video

A group of scientists saw the strange animal while they were on the research ship E/V Nautilus. This ship is used by the Ocean Exploration Trust, a non-profit organization conducting deep-sea research. In a recently released video, the expedition researchers oohed and aahed as images of the strange creature came into focus. Off-camera, one of the scientists on board can be heard saying, “My mind is blown right now.” The boat’s remotely operated vehicle (ROV) was exploring and scanning the ocean floor when it spotted the tentacled spectacle. Moving the ROV closer to the strange sight, another scientist joked, “I’m not on the edge of my seat or nothing.”

A few minutes later, the scientists saw another one of the strange creatures nearby, but they couldn’t record a video of it. 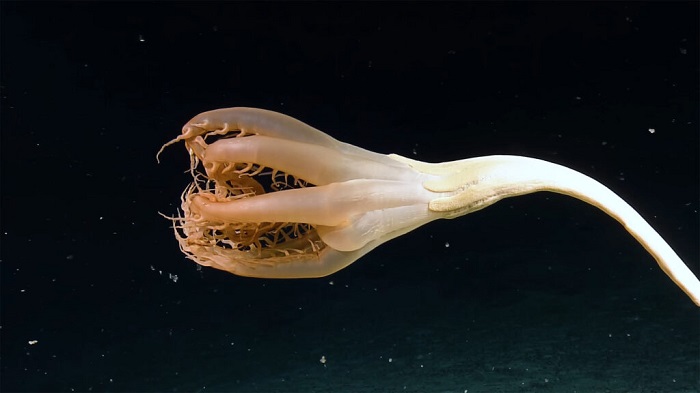 With tentacles extending 16 inches (40 centimeters) from a nearly 7-foot-long (2-meter) stalk and a single feeding polyp surrounded by barbed tentacles that looked like spiky petals, the creature looked like a bizarre, free-swimming flower about the size of the ROV. It was discovered and recorded in July 2022 at a depth of 9,823 feet (2,994 m) near an unexplored seamount north of Johnston Atoll, an unincorporated U.S. territory, and a National Wildlife Refuge in the Pacific Ocean west of Hawaii. 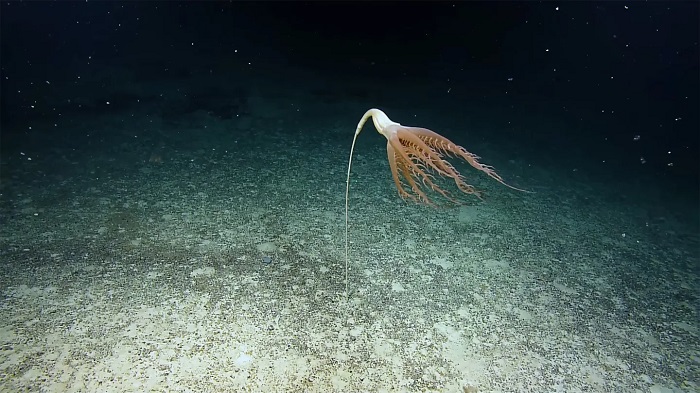